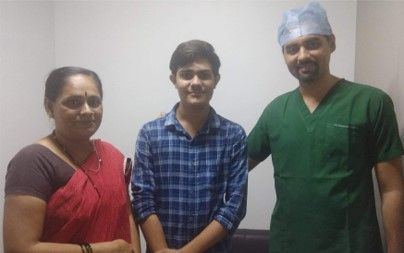 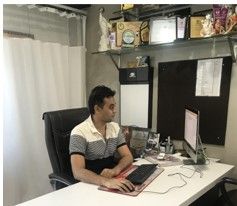 A young 19 year old boy entered my consulting room with despair but hope in his eyes. His suffering was not of hours or days but of years. I could see  scars of two old major surgeries as if someone had made a map on his abdomen. When he was  5 years old, his parents found that he had a disease in which he had dilatation of bile duct which causes jaundice. In medical language it is called Choledochal cyst. Even the surgeons do not know much about this disease and its surgery during those years. He underwent surgery and survived, but at 14-years difficult sufferings began. The disease was not completely cured but symptoms such as pain, recurrent jaundice and fever were also found as gifts. Then a second emergency surgery  was performed but the surgeon was unsuccessful due to prior surgery and inflammation in pancreas. Now they were sitting in front of me with tears in their eyes and heavy despair. This time also he came with swelling in pancreas and jaundice. So I told them not to hurry for surgery . It was very difficult for me to explain that it’s better to wait for sometime. With the sum of my patience and minus of their haste I planned his surgery. Arriving at the operation theater for him, half the battle was won as many surgeons were not even ready to touch this patient in past years. But for me the battle was just the beginning. Like any other war, the preparation was sufficient, but the disease was to be faced as the soldiers would fight against the enemies in the desert. Due to inadequate prior surgery, organs within the abdomen were stuck in the upper part. Taking care of all these organs and reaching the main disease was like making a mine. Eventually the way was found but due to repeated infections and jaundice, the bile duct and the veins of the liver around it got stuck as if someone had put glue on it. After a very careful and precise work, diseased bile duct was finally removed and a new bypass was made for bile. The surgery lasted 4 hours and the result of these hard work was that the 14-year distress was finally cured within 4 days after the surgery. The young age of the patient and the care of his family helped a lot . Now when he came back into the consulting room there was a twinkle in his eye instead of sadness or despair and the happiest smile on his face and family.